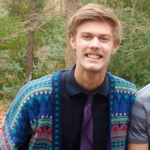 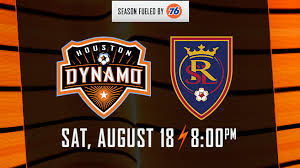 The Dynamo will host Real Salt Lake for the opening game of their 2019 MLS season. While RSL has only been playing in the preseason, the Dynamo have already started their season in the CONCACAF Champions League. After moving into the Quarter-Finals, they will be looking to bring that success back into MLS play.

Real Salt Lake had something of a Cinderella season in 2018. Squeaking into the playoffs helped along by a Dynamo win against a Galaxy team that can apparently still choke with Zlatan on the field. They then went on to beat LAFC, many people’s dark-horse contender for the MLS Cup, in a tense 3-2 affair. That said, RSL’s preseason so far has undoubtedly gone awry. Salt Lake seems to have found some consistency in the tactical set-up playing a 4-2-3-1 when out of possession. Whereas in possession, the shape morphs into a dynamic 3-5-2 with Albert Rusnak playing a key role on the left. But even with this tactical structure, RSL were hammered in their last preseason match against the Timbers 3-0.

The Dynamo’s last match was a proper thriller ending 2-1 (3-1 on aggregate). An invigorating win for Houston who looks probable to face Tigres in the Quarter Finals. The Dynamo definitely struggled some against Deportivo and definitely weathered some shaky moments in the first half. However, with Houston’s talisman Mauro Manotas providing a lightning spark after subbing on, the game shifted the Dynamo’s way. Admittedly, this match didn’t exactly convince me that the Dynamo’s defense is something to rely on. But it was a decent reminder that Manotas and Elis could make up for that with bursting runs and attacking threat. It would also be surprising if Manotas missed the starting 11 on Saturday. And the fact that both Manotas and Elis started the night on the bench shows that Wilmer Cabrera wants to compete on every front this year.

What To Watch For

When RSL visited BBVA Compass Stadium last year, the game ended up being decided by one man: Albert Rusnak. Rusnak actually started the night on the bench, subbing on in the first half due to injury. But he went on to score two goals claiming all three points for RSL. That’s the exact kind of game-changing ability that Rusnak can bring to a game. So it will be interesting to see the kind of interchange that he performs on the left and whether he drifts centrally on the counter.

On the Dynamo’s side, there is a lot to be hopeful for. This off-season was a fairly active period for the team, with the likes of Tommy McNamara, Matias Vera, Aljaz Struna, and Marlon Hairston shoring up the ranks. This gives the squad a considerable amount of quality depth to fall back on. Especially when it comes to the defensive and midfield positions that have been problems for the Dynamo in seasons past. This makes the lineup a bit harder to guess but it should give Cabrera the flexibility he needs to compete on multiple fronts. That said, as if anyone needs to be told, watch out for Elis and Manotas up top causing problems. They truly are incredible attacking talents and should come out come out of the gates looking strong this season.

Everything You Need to Know About the World Cup 2022

Fastest Football Players – The Best Ones in 2022