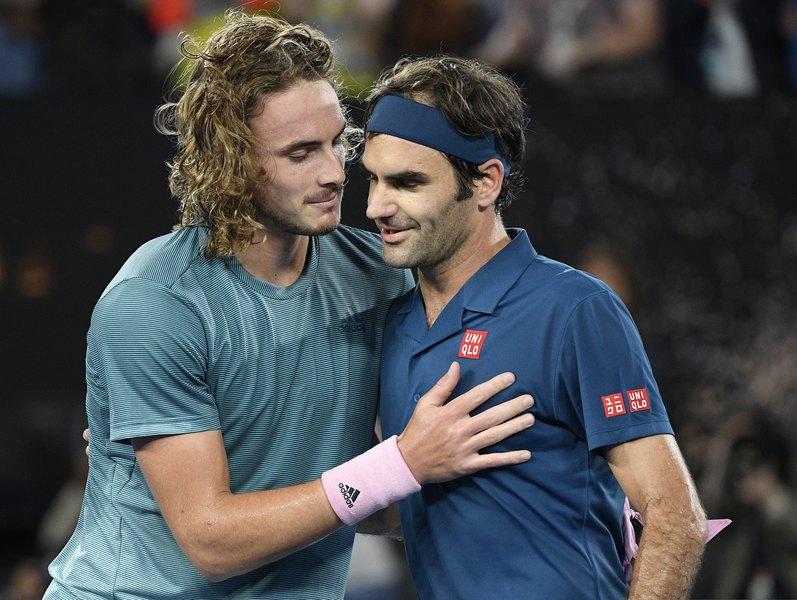 It is the beginning of a new year, and all tennis fans and players know: It is time for the Australian Open, the Grand Slam Tournament of the Pacific and Asia. “The Happy Slam” started on January 7th, and the competition has now reached the beginning of the second week. Especially, the Men’s side has generated surprise. All-time Grand Slam champion Roger Federer lost to Stefanos Tsitsipas, who together with Rafael Nadal already made it to the semifinals. Tonight, number one seed Novak Djokovic and the Japanese Kei Nishikori face each other to play the winner of Lucas Pouille and Milos Raonic.

The rising of the “next generation” players keeps going. Last night, the 20-years old Stefanos Tsitsipas, seeded number 14, took over the Spaniard Roberto Bautista Agut 7-5 4-6 6-4 7-6 and wrote history. He is the first Greek to reach a Grand Slam semifinal ever. A happy Ttsitpas stated in the on-court interview with Jim Courier, “I’m just living the dream, living what I’ve been working hard for.”

Two days before, the youngest semifinalist since Andy Roddick in 2003 already knocked out six-time Australian Open winner Roger Federer in four sets. For the young Greek, a dream became true by playing his idol Federer in the Rod Laver Arena. In the press conference after the match, Federer, the “Maestro,” admits, “I see him (Tsitsipas) high up in the game for a long time.” 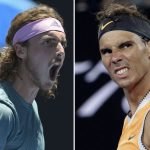 In the semifinal on Thursday night, Tsitsipas believes he will be “… prepared for a tough battle” versus world’s number two Rafael Nadal. Nadal ended the run of Frances Tiafoe, beating the American 6-3 6-4 6-2. In each set, the 17-time Grand Slam champion set himself up by breaking Tiafoe’s opening service game. For him, it is the first tournament due to ankle surgery since the US Open in September last year. “After a while without playing, being back to the semifinal means everything to me,” the thankful Spaniard explained after the match, “I feel lucky to be where I am after everything I went through, to be able to keep competing on this level.”

The chance to follow Nadal and Tsitsipas into the semifinal will have the world’s number one Novak Djokovic tonight. Compared to his rival Nadal who did not lose a single set, yet, Djokovic gave away one set against both young stars Denis Shapovalov (Canada) and Daniil Medvedev (Russia). Notably, the 6’5 feet Russian caused “Nole” to drain a lot physically with rallies that went up to 40 shots. With 3 hours and 15 minutes played it was by far the longest match the number one had to play in the tournament. “It was hard to go through him. It was a cat and mouse game,” the Serbian, who is striving for being the first player to win the Australian Open seven times, analyzed. Tonight at 3.30 AM, the Japanese Kei Nishikori, seeded number eight, is trying to stop the “Djoker” in the Quarterfinal. Despite a 15-2 record over Nishikori, a modest Djokovic expects a tough match: “I expect him to come out and try something new.”

In the semi-final, the victor of the match will meet either the Canadian Milos Raonic (seeded 16th) or the French Lucas Pouille (seeded 28th). Surprisingly easy, Raonic downed the German number four seed Alexander Zverev in straight sets. The 6’5 giant won 80 percent of his first service points and finished eleven of his approaches with a volley shot. On the other side, Frenchman Lucas Pouille headed into his first Australian Open quarterfinal. Last time the two battled each other, Raonic claimed a two-set win. Nevertheless, Pouille declared, “I know it’s going to be a tough one, but I’m going to be ready for it and try to reach my first semifinal.”