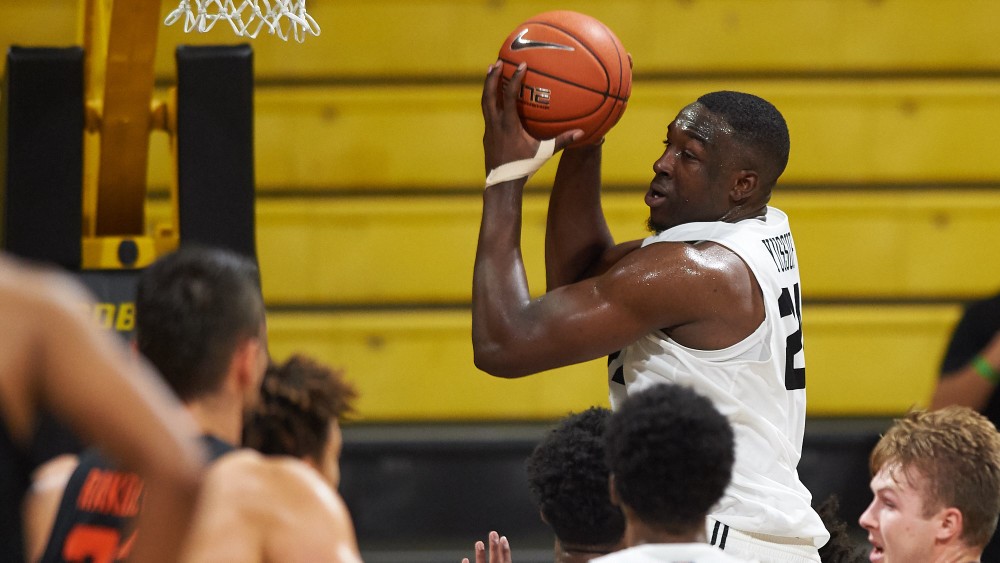 Long Beach State returned from a 10-day break to defeat Pepperdine 67-66 in a defensive slugfest, Thursday night at the Walter Pyramid.

After Pepperdine took a one-point lead with 21 seconds left, it did not last long. K.J. Byers slammed home two points with five seconds left, giving the 49ers their fourth win of the year.

“I’m excited for our guys, it has been a tough stretch,” said head coach Dan Monson. “At the end, you saw two teams not used to winning. So you really just have to experience it to understand what it takes.”

The game featured 14 ties and 16 lead changes, with the biggest lead all game being just eight points. At the end of the game, two 49er seniors made the critical plays.

After Colbey Ross scored two of his game-high 23 points, the score stood at 64-61 with just 54 seconds remaining. Byers gave Long Beach State the lead with 32 seconds, and the game-winner with just five.

“They kept sending my guy over to double, so I told Temy I’m going to be open,” said Byers. “He told me to find the open spot and we were able to do that the last couple of possessions.

“Temy” also known as Temidayo Yussuf had another excellent game. The center had 21 points and 11 rebounds for his fourth double-double of the season.

Leading scorer Deishuan Booker had perhaps his worst shooting night of the season, but his effectiveness was felt elsewhere. The senior had 7 assists to just one turnover, as well as four steals and two blocks.

Bryan Alberts and Jordan Roberts both started for the 49ers and each scored 10 points for the team. Edon Maxhuni also started but struggled going 0-7 from the field with four turnovers.

Long Beach State will cap off their two-game homestand against Colorado State Saturday night, as they look to capture their second straight and fifth win on the season.