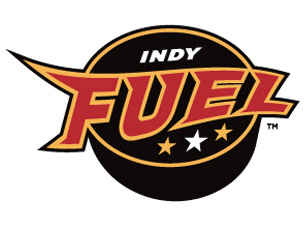 The Indy Fuel skated into their game confident they would get out of the game with a win.  Although this will be the only time the Tulsa Oilers and Indy Fuel will match up this season, the Fuel holds an overall winning record against the Oilers, 4-3-0-0.

The starting line-up changed quite a bit for this game, and you could tell immediately.  Fuel goalie, Matt Tomkins kept busy for the first five minutes of the game, thanks to his teammates struggling to clear the zone.  With 11:49 left in the first period, Tomkins made a great breakaway stop. Just about a minute later, Tomkins caught a loose puck. Logan Nelson had a short breakaway, but his stick got tangled up with Kyle Rhodes which broke on impact. Lucky for the Fuel, Rhodes went to the sin bin on a hooking call.  10 seconds later, Logan Nelson of the Indy Fuel headed to the box for tripping.

The teams played 4 on 4 until the Oilers broke the stalemate. Scott Henegar scored the kind of goal that was so beautiful, you cannot even be mad about it. Just minutes later, Connor Moynihan went hard into the boards when the refs had to blow the whistle and stop play.  Quentin Shore’s 4th goal of the season could not have come at a better time. He stole the puck from between an Oilers’ legs and skated hard on his breakaway, making it look like movie magic. This was even more impressive considering he played his last game on November 2nd.

Both teams have been playing rough and tough, neither teams letting up the pressure.  To prove my point, Mike McKee laid out Matt Rupert with less than five minutes into the period.  He went to the penalty box for interference, but not before Liberati gave him a few choice words. The Fuel killed the power play and both teams returned to full strength.  Shalla had a couple of great shots on net, but Oilers goaltender Devin Williams was ready for the puck.

Soon after, Bondra was shoved into Williams by a fellow Oiler. The whistle did not blow and no penalties were called. Unfortunately for the Fuel, Logan Nelson went to the box for hooking. About halfway through his penalty, Ian McNulty went to the sin bin for tripping. Five minutes later, Peterson went to the box for slashing. With 10 seconds remaining, Tyler Soy dropped to the ice holding his face and skated off as the horn blew at the end of the period.

The third period started off just like the second: aggressive. This has been a slow game on the box score, but the fans were riled up. Ryan Rupert had a great breakaway, but unfortunately, Soy caught up to him to shut it down at the last second.  On the plus side, Soy went to the bin for cross-checking at 8:04 into the period. Just after the penalty ended, Miskovic elbowed Roman Ammirato in the face. There was no penalty called, but Ammirato was sent straight to the locker room from the ice. Tomkins stood on his head for the Fuel in the last 3 minutes to help send the game to overtime.

The Fuel started out strong with a two on one but was denied by Williams. Tomkins with a hard stop. Williams denied one stop and a rebound. An Oiler picked up the puck, but he sat on it, forcing the ref to blow the whistle. Labelle tried to go for the puck, but the Oiler grabbed his stick and tried to pull him to the ground. This had the fans roaring, especially when Shore tried the same thing. There is no other way to say it, besides both goalies just stood on their heads and denied anything coming their way with ease. The crowd roared and the players were aggressive. It is the kind of hockey game you live for as a fan. Ryan Rupert had a breakaway, but Williams denied him. With 20 seconds left and the game looking like it was headed towards a shootout, Labelle came skating in to save the day for the Fuel.

Photo gallery is the property of Reggie Edwards at IndySportsDaily.com