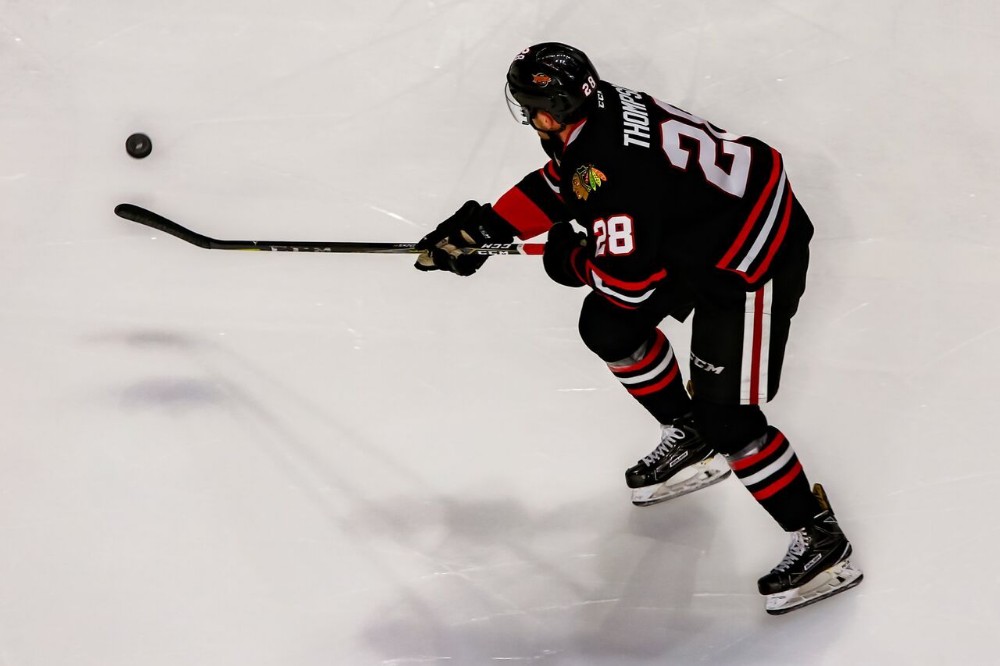 THIRD PERIOD PUSH LEADS K-WINGS TO VICTORY OVER THE FUEL

KALAMAZOO, MICHIGAN Fuel held a 3-2 lead heading into the third period when Brendan Bradley notched a goal less than two minutes out of the gate that broke down the door to propel Kalamazoo to their fourth straight win.

Kalamazoo forward Brendan Bradley tied the game for the K-Wings after trailing for the majority of two periods when he drove the puck past the Indy (10-11-0) bench down the ice dodging Defensemen Robert Powers and slapping the puck low in the crease past goaltender Kevin Lankinen. Five minutes later Kalamazoo (8-10-1) took their second lead of the night on the power play when Zach Saar tipped in a one-timer from Tanner Sorenson that brought the K-Wings to a 4-3 lead.

After a 1-1 score in the first period with goals from Kyle Bushee and Matt Thompson, the Fuel held their largest lead in the second period and outshot the K-Wings 15-10. Kalamazoo goalie Ivan Kulbaov scrambled in front of the net after a loose puck slipped out underneath his glove that Radovan Bondra was able to push past him at 5:17 to give the Fuel their first goal of the second period.

Defensemen Miles Liberati scored his first goal of the season on a snapshot from the left circle that soared over Kulbaov’s shoulder. Miles Liberati was acquired on a trade with the Allen Americans in exchange for Johnny McInnis in October.

Finally, Justin Taylor notched his fifteenth goal of the season with an empty-netter at 19:33 in the third to seal the deal for the K-Wings and bring the final score to 5-3.

Kalamazoo outshot Indy 38 to 27 while the K-Wings finished 1-for-5 on the power play and the Fuel finished 0-for-2.

Lankinen finished with 33 saves on 37 shots in his return from Rockford after he recorded his first AHL win over the San Antonio Rampage stopping 38 shots on Dec. 2 in a 3-2 shootout.

The Fuel continue their three-game road trip tomorrow in Fort Wayne at the Allen County War Memorial Coliseum and in Wheeling on Saturday. They then return to the Indiana Farmers Coliseum to take on the Tulsa Oilers on Dec. 14-15.