Well, not much to say about the AFC South in the first week. The only team to pull out a victory this week was the Jacksonville Jaguars and that was by a slim margin. In what was my preseason top division, they did everything to let me down. However, it’s only the first week and changes will come. Here is my AFC South Recap:

We can start off with the bad…and I mean the absolute worst. The Tennessee Titans now hold the record with the Miami Dolphins for the longest game since the 1970 NFL/AFL merger. The game lasted seven hours and eight minutes. The previous record was five hours and 16 minutes by the Baltimore Ravens and Chicago Bears in 2013. That’s not even the worst of it. The final score was Miami 27 Tennessee 20.

Three of the Titans key starters all suffered injuries against the Dolphins. Delanie Walker is out for the year, Taylor Lewan is in concussion protocol and Marcus Mariota should be back in Week 2. Everything that went wrong, went wrong for the Titans. Not much else to say.

The Titans take on the Houston Texans on Sunday.

For the Indianapolis Colts, it was the defense that lost the game to the Bengals 34-23. Andrew Luck threw for over 300 years with two touchdowns. The only problem with the offense was the run game. They couldn’t get anything going against the Bengals.

The defense allowed Joe Mixon to go everywhere with the ball. The only positive was holding superstar receiver AJ Green to less than 100 yards. This defense is still a work in progress with a first-time head coach. Look for the Colts defense to learn the ropes and get better as a team but I wouldn’t pick them up in fantasy. 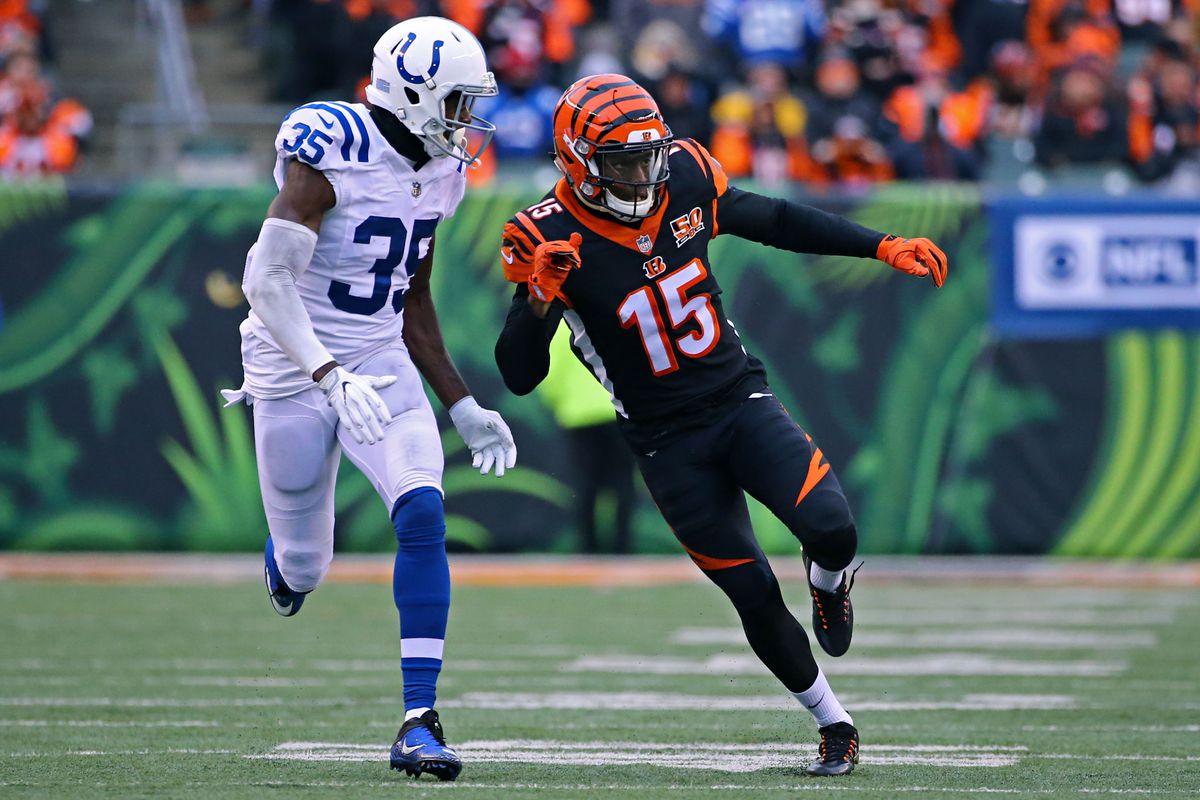 The Colts take on the Washington Redskins on Sunday.

The Houston Texans lost, but it wasn’t a complete loss. The New England Patriots defeated the Texans 27-20 and losing to Brady and the boys by a touchdown in the first week is pretty impressive. The Patriots held wideout receiver DeAndre Hopkins to less than 100 yards. DeShaun Watson didn’t perform to the level of what many people thought he could.

The Patriots defense is very underrated so Watson did underperform. He should be able to be back to a top-five quarterback this week against the Titans defense.

The only victorious team was the Jacksonville Jaguars with their over the New York Giants 20-15. Blake Bortles looked like he normally does, subpar. Unfortunately for the Jags, Leonard Fournette got hurt and sat out the majority of the game.

The defense contained Odell Beckham Jr as best as they could. Beckham broke out in the second half but did not score a touchdown. The Jags were unable to stop rookie Saquon Barkley going over 100 yards and a touchdown, including a breakout 68-yard score.

The Jaguars will face the New England Patriots this Sunday in an AFC playoff rematch.