After covering the Cure Bowl in Orlando Florida, I have come to believe that there is something special about football with a cause. It is with that in mind, that I feel privileged to be covering the 2018 East-West Shrine Game in St.Petersurg, Florida on Saturday.

In addition to the goodwill, there is plenty of significance in football terms as this event marks the ramping up of the NFL Draft season with the Super Bowl looming on the schedule two weeks later. When it comes to college All-Star games, you get players that fall into one of three categories. The stars from great programs trying to bolster to their established reputation, the talent who is at a school that is perceived as underrated or even disrespected, or those with a great story that can put their stock to whole new levels with a solid performance in the nation’s oldest college all-star football game.

Here are some of the top prospects to watch for Team West. NGSC Sports contributor Andrew Gluchov will post his preview on the East Team on Thursday.

As top 25 teams go, programs west of the Mississippi River may not have been represented largely, but thanks to No. 7 Wisconsin we have defensive end, Conor Sheehy. While his career numbers aren’t overwhelming with 91 tackles and six sacks for his career, expect the mighty 6’4” 293-pound specimen to catch the eyes of scouts as a potential late round sleeper based on his mastery of fundamentals in the trenches.

No.17 Northwestern also boasts two players of note on display. Running back Justin Jackson recorded at least 1,100 yards in all four seasons of play and over 1,300 in his back three years where he played in 13 games in each of those seasons. With that kind of production on top of featuring career yards per carry of 4.8 with 858 receiving yards of icing on the cake, this is a compelling candidate for a future three-down back.

Defensively, the Wildcats safety Godwin Igwebuike boasts a dizzying career stat line with 324 total tackles with 12.5 for a loss along with seven interceptions and 23 defended passes. These numbers leap off the page to show the versatility that defensive backs have sorely lacked in the pros since the days of John Lynch, Brian Dawkins, and Troy Polamalu.   While Igwebuike may not be that sort of Hall of Fame talent, he will most assuredly represent an upgrade on an NFL roster at that position.

Prospects Who You Don’t Know, But Should

A wide receiver with some buzz is UNLV’s, Devonte Boyd. While most people know UNLV as the school that suffered the biggest upset in history to Howard in the opening week of the 2017 campaign, there is nothing upsetting about Boyd’s career contribution to the Rebels. With 198 catches for 3,242 yards and 18 touchdowns, this young man will be given an opportunity to showcase how he can hang with higher competition.

It’s  appropriate that running back Phillip Lindsay plays for Colorado because his numbers are commensurate with what you’d see from a charging buffalo. During his four years, he accumulated 3,775 yards at 4.9 per rush while racking up 1,084 yards in the air.  Looking at this roster, I would expect Coach Bobby Johnson, who handled tight ends for the Oakland Raiders for the past three seasons, to run the ball often to showcase his talent on the ground and set up big plays for their receivers while also demonstrating their blocking abilities away from the ball.

The Most Intriguing Stories of the West Team

You may have noticed I’ve not yet featured a quarterback yet. Well, look no further than Iowa State’s Joel Lanning, though it may not be quite as you expect. This former Cyclone started out as a passer, but then transitioned to the linebacker spot his senior year. During this season, Lanning was a whirlwind of stats posting 114 tackles, 11 for a loss as well as six sacks. As a member of the squad that beat No.3 Oklahoma and Heisman Trophy Winner Baker Mayfield 38-31, if he can show out and intimidate Ohio State’s J.T. Barret in the East’s backfield, a rise in his stock will follow.

For those that don’t care for talk of offensive lineman, I would ask you to blame Canada.

This is no plot from a South Park movie, this is guard Mark Korte of the University of Alberta. Winner of the Canada West Most Outstanding Lineman Award, Korte was an anchor on the line that paved the way for Ed Ilnicki to set the single-season rushing record in U Sports and win the Canadian counterpart to the Heisman, the Hec Crichton Trophy. While he may not be as compelling a prospect as Mississippi State guard Cody O’Connell, Mark Korte representing the Great White North in sunny Florida is a story to see.

As the game kicks off at 3 p.m. EST in St. Petersburg’s Tropicana Stadium, it will afford an opportunity for players on the East and West teams to ball out for a chance to play on Sundays with a bit more coin in their paychecks than projected. 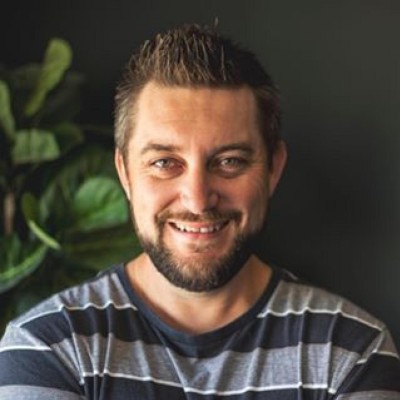 BC Football: AJ Dillon Named ACC Rookie of the Year

Against All Odds: NCAA/NFL Picks Week 4