UTSA EDGE Marcus Davenport a name to become familiar with 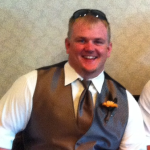 With each passing day, we are inching closer to the National Championship game.

And, as that much-anticipated title game approaches, so does the official start of the NFL draft process for prospects who either have declared or are preparing to make the announcement.

As it stands currently, the 2018 NFL Draft looks to be a strong crop of defensive line talent, both on the edge and within the interior. However University of Texas-San Antonio EDGE prospect Marcus Davenport is one prospect that could be really intriguing in this class.

Playing in Conference USA, Davenport has quietly put together a solid career for the Road Runners.  As a senior this past season, he tallied 55 total tackles with 17.5 being for loss while notching his second-straight double-digit sack season with 8.5. As a junior, he tallied 6.5. His performance this season allowed the 6-foot-7 senior the honor of Conference USA Defensive Player of the Year and a nod in the prestigious Senior Bowl, which will take place Jan. 27 in Mobile, Alabama.

While he has primarily played against Conference USA opponents, Davenport has shown his presence against Power 5 competition, having faced opponents from the Big 12, SEC and the Pac 12. After looking at his tape from this past season, there is a good chance that he could generate a lot of buzz, and potentially an argument for being one of the premier prospects at his position.

It’s easy for Davenport to stick out on tape and not just because of his unique blend of size and athleticism. He has a motor that runs for days. He also is very versatile, showing the ability to be bounced around the scheme to create the opportunity for the best matchup in the pressure situation. For his size (6-foot-7, 255 pounds unofficially), he moves fairly well laterally and doesn’t have much stiffness in his hips.

Davenport’s measurables alone would have most NFL defensive line coaches foaming at the mouth. He has great size, both in his height and his arm length, which is a deadly asset to possess if properly used. He may not have it down to a perfect product on a consistent basis, but he has shown the ability to use it to his advantage. On this snap against North Texas earlier this season, just off the initial strike, the left tackle is already losing the snap.

Davenport uses a strong initial punch to shock the left tackle and by locking out his inside arm, provided enough power to cause the tackle’s hips to open up, creating a tighter angle to the quarterback.  The turning of the shoulders by the tackle, paired with the opening of his hips, created a tighter angle for Davenport to generate pressure.

While having length as a pass rusher is almost as good as having a lightning-fast first step, having violent and active hands are a necessity for the position and he has displayed the ability to generate a rush with more than just using his length.

On this snap against North Texas, Davenport showed his ability to win with a combination of speed and a perfectly executed rip.

Davenport has already beaten the tackle off the snap just due to his first step. by his third step, he has forced the opposition to turn his shoulders just to attempt to recover from the speed off the edge. As the tackle attempts to recover, he shoots his hands and starts to lean forward. However, with a timely chop, Davenport was able to generate enough clearance to execute his rip. As he continues to turn the corner, the tackle’s weight – with the help from leaning into his rip – creates the momentum needed to clear the tackle for his first sack of the evening.

Aside from just his prowess as a pass rusher, what is intriguing about the UTSA product is his versatility. Over last two seasons as a Roadrunner, Davenport has been schemed to rush from a multitude of positions with the front seven. He has shown the ability to put his hand in the dirt has a true defensive end, stand up as an outside linebacker and has even stood up in the interior as a blitzer.

While Davenport can certainly be labeled as a “high motor” guy, there are some areas that he can continue to refine as develop as a pass rusher. It’s not a weakness that would drastically hurt his draft stock, but there are times through the course of a game that Davenport suffers a mental lapse in situational awareness.

There have been a few snaps where the opposite side has been activated for a blitz and rather contain rushing when lined up to the field, he will attempt to win with and up-and-under move that allows the quarterback to break the pocket with clear running room. While he displays great power on his punch, Davenport can benefit from continuing to refine his array of pass rush moves. There are times where is hand placement is nearly perfect and other times where he misses, but due to his explosive get off, can still win the snap.

While he is a unique and intriguing pass rusher, that’s not all Davenport has to offer. And, that not the only place where his length become an asset.

As a run defender, he has shown the comfort to be in space, but has also shown that he his more developed in his technique than what many may believe. The combination of his first step and his hands create power than is a perfect blend with his strength as he is not only able to maintain his control over the opposing lineman, but his leverage as well.

In this snap against Texas State, Davenport displays his understanding of reading his keys. Seeing the shoulder of the right tackle leaving, he shows good awareness to eye a pulling guard. Keeping his outside arm free, Davenport is able to stonewall the pulling guard and make the running back stop his feet, resulting in a tackle for loss.

While this snap makes a few of his traits stand out, he again could benefit from continued refinement in his hand placement as there are times he tends to get too wide in his strike, allowing for more of a “target area” for opposing lineman leaving him to struggle when trying to disengage.

There is a lot to like with his tape. His size, athleticism and the versatility he displays as a player who could be schemed as a blitzer is too good to pass up. I really like the way he is always moving, both in his upper and lower extremities. His active hands and fast feet can be developed into a lethal combination with the proper coaching.

With the recent announcement of his invitation to the Senior Bowl, there will be a prime opportunity for him to greatly improve his draft stock with a solid week of practice. However, a bad showing could be the catalyst needed to induce a slide down draft boards. Before his week of practice in Mobile, I would expect to see Davenport go anywhere between the later picks in the first round (25-32) or in the early part of the second round. He isn’t a finished product by any means, there has to be an understanding that development is needed.

What he has is good enough to feel comfortable in taking him in that range with the expectation that there is going to be needed refinement and even development in a few minor details.

Overall, Davenport has displayed enough flash plays throughout this time at UTSA for analysts to be intrigued. The blend of athleticism and his framed combined with his flashes of game changing ability lead me to believe that there is certainly room for refinement at defensive end or as an outside linebacker.

What Are The Ravens Getting Out Of Kyle Hamilton?