There have been rumors and conversations with the Ravens and Colin Kaepernick. Coming into his 7th season, a season where he threw for 2241 yards, had a 59.2 completion percentage, threw for 16TDs and only 4 INTs in only 12 games played. He also ran for 468 yards rushing in 69 attempts and scored two TDs.

He wasn’t a top headline for weeks because of what he and the Niners did on the field. Kaepernick made his headlines for deciding to kneel during the National Anthem. He claims his protest was to make a statement about the black lives matter movement, all the police brutality, igniting a wave around the league of protest from players on teams across the league. Kaepernicks beliefs, reasons, and actions have all been positive about the BLM movement and in trying to help solve these issues, his actions to sit down or kneel down during our country’s National Anthem rubbed a lot of people the wrong way.

He found tons of hate all throughout social media, he was being scrutinized on every media outlet, and the league wide protests that he sparked up was reportedly the #1 reason for the NFL ratings drop in 2016. The questions the Ravens are asking themselves as they mull over this decision are clear. Is what Colin Kaepernick does on the football field worth the risk and publicity?

Unlike a majority of the teams who have shown interest in Kaepernick, the Ravens are not searching for a starting quarterback, as they have 10-year vet and Super Bowl MVP Joe Flacco as the signal caller. However, Flacco is down right now with a back injury, although he is expected to return and be ready to go for the season.

But the Ravens still feel like they need help at the position. The only other QB on the roster is Dustin Vanugh, an undrafted signee by the Cowboys in 2014 from West Texas A&M, who is now on his 4th team and who yet to be active for an NFL game. The Ravens made headlines recently for signing Arena Football League QB David Olson, however, he was released just three days after, and that forced the team to sign Josh Woodrum, an undrafted rookie from Liberty college.

Then, they have Ryan Mallet who’s been the backup for Flacco these past two seasons, but reports from training camp have said that Mallet has been struggling. The Ravens were thinking about upgrading the position, which is where Kaepernick comes in. He’s far more proven than Mallet, Woodrum, and Vanugh. Kaepernick is an established and has proven he can win in the playoffs when the games really matter. Kaepernick has had a bad couple of seasons in San Fran, but the team has been in turmoil throughout the organization. They have recently hired a new GM and they are on their 4th coach in as many seasons. Kaepernick found great success when he was playing with Ravens Coach John Harbaugh, brother Jim and led the Niners to back to back Conference Championships games, and to the Super Bowl, in which he lost to the Ravens.

Kaep has proven if he has a good system around him, and players around him, he’s more than capable of producing. Kaepernick would give the Ravens a certain type of comfortability in the backup position. If by chance something unforeseen happens and Flacco goes down with an injury nearing playoff time, he s a veteran QB with playoff experience who has that “It” factor and could change the game on one play. He gives the Ravens more versatility as a backup than anyone else on the roster can, and I think that argument is undeniable. But is a headache, and the controversy surrounding him worth it for a backup QB?

Kaepernick was the biggest story in sports last season and it had nothing to do with his play at Quarterback. People all across the country had an opinion on the 29-year-olds season long public protest. People and media throughout the league will make the Ravens signing of a backup Quarterback into the #1 story in sports. Every practice will be fluttered with media, every question at the podium for Harough will be about Kaepernick, social media will blow up, basically, people will react to, and is that what this Ravens team wants or needs to be focusing on right now? The Ravens failed to make the playoffs for the 2nd straight season and only the 3rd time since drafting Flacco in 2008.

Another issue is the style of play. Kaepernick and Flacco have very little comparisons in the way they play, and the way they would run an offense. Kaepernick is better when there is more deceptions and more ability for him to run and extend the play. Flacco, however, likes to stay in the pocket and does a lot of five and seven-foot drops, something Kaepernick has struggled to excel at. The Ravens would have to have a whole new system and offense for Kaepernick if he ever stepped into the starting role, which could lead to confusion and struggles on the field.

The Ravens are left with a tough decision and there is obvious interest. He has support to be signed to the team by LB Terrell Suggs and starting Quarterback Joe Flacco, as well as GM Ozzie Newsome and the head coach. Kaepernick on the field can help make this Ravens team better, but the ultimate factor is if the Ravens are willing to sign the baggage that comes along with this backup quarterback. 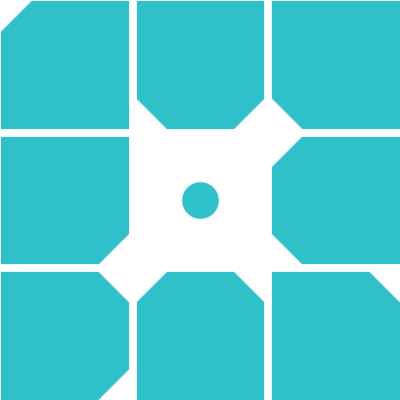 Randall Cobb Lives up to the Hype in Season Opener